Read more about key people at the Leicestershire Chorale. 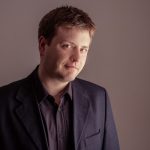 Born in Halifax in 1977, Countertenor Tom Williams is a former Chorister of Ripon Cathedral, Music Scholar at Uppingham Scholar and Senior Choral Scholar of King’s College in Cambridge. Whilst at King’s he directed Collegium Regale, the ensemble formed of the Choral Scholars alone and toured in Europe, Australia, North America and the Far East with them and the main choir.

For the last twenty years or so he has worked as a freelance singer, conductor and singing teacher. He is a core member of the acclaimed EXAUDI Vocal Ensemble, one of only a few vocal groups to specialise in the performance of Cutting Edge Contemporary Music. With EXAUDI, he has performed in many of Europe’s top concert venues, working with instrumental ensembles such as Ensemble Intercontemporain, Musik Fabrik, Talea, BCMG and London Sinfonietta. He has also been involved in projects working with leading living composers such as Wolfgang Rihm, Salvatore Sciarrino, Beat Furrer, Gerard Pesson, Stefano Gervasoni and Michael Finnissy. Aside from the world of New Music, he sang as a regular member of Stephen Layton’s choir Polyphony, taking part in iconic recordings of works by Whitacre, Lauridsen and Esenvalds. He has also sung for Hanover Band and The Choir of the Enlightenment and for over fifteen years has been a Choirman of the Temple Church. As a soloist with the choir, he has appeared on live broadcast for BBC Radio 3 and on various discs for the Signum label.

As an independent soloist he enjoys concerts from Hull and Colwyn Bay to Paris and Dortmund. Tom lives in Leicester, where he is the proud Director of Leicestershire Chorale, a celebrated chamber choir of professional and gifted amateur musicians. He also very much enjoys his work as a Visiting Singing Teacher at Uppingham and Oundle Schools. 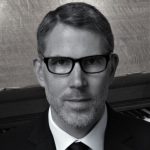 David Cowen has a varied career as a soloist, accompanist and teacher. He has performed alongside many orchestras and ensembles, including Ensemble Orchestral Lyon-Région, Bardi Symphony Orchestra, The Saraband Consort, Charivari Agréable, English Cornett & Sackbutt Ensembleand the Band of the Grenadier Guards. He has also prepared choirs for the Royal Philharmonic Orchestra and the Royal Philharmonic Concert Orchestra.

Whilst studying music at Oxford University, David was awarded the Organ Scholarship of St Peter’s College and the Fellowship of the Royal College of Organists diploma. He continued with private studies in Paris with Sophie-Véronique Cauchefer-Choplin and obtained the Certificat d’aptitude d’Artiste Musicien of the Diocese of Paris and the Brevet Supérieur d’Improvisation at the Concours National d’Orgue Marcel Dupré. He was also a finalist in both Biarritz International Organ Competition and Haarlem International Improvisation Competition.

David has held positions at Newcastle, Wells and Leicester Cathedrals and is currently an Individual Music Teacher at Loughborough Endowed Schools Music School. 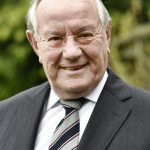 He has been singing since he first joined a church choir aged seven but the peak of his music career came when he was invited by Stephen Wilkinson to sing with the BBC Northern Singers and William Byrd Singers (1971-76). At that time he was Deputy Headmaster of the King’s School Macclesfield. His other professional experience occurred when he was at Leeds Grammar School, and Donald Hunt appointed him lay-clerk, singing cathedral style services, at Leeds Parish Church. While a master at Tonbridge School Vivian developed his choral links in London. He had sung with the London University Church Choir (1957-60), at St George’s Bloomsbury, under John Poole (later Director of BBC singers) and this developed into the Bloomsbury Singers. It was a natural step to move from his early experience with the Leeds Triennial Festival Chorus (1960-4) to join the New Philharmonia Chorus (1964-70), then under world famous chorus master Wilhelm Pitz.

As headmaster of Colfe’s School from 1976 to 1990 he promoted music in schools and encouraged ambitious projects. He promoted two concerts at the Royal Albert Hall when Colfe’s combined to sing Handel’s Judas Maccabeus and Bach’s St Matthew Passion with Willard White as Christus. Vivian supported the school’s musicians on tours of Germany, France and the United States, first in New England and later for his farewell tour in California. Out of school he sang with the Thomas Tallis Chamber Choir.

As a young tenor Vivian had an extensive solo career, enjoying most of the major oratorios but the highlight was probably the Bach St John Passion at York Minster with Francis Jackson. Nowadays he is happy to be allowed to play his part with Leicestershire Chorale’s exclusive second tenors; a sector of the choir has never been overpopulated but under the brilliant direction of Tom Williams with opportunities to sing a wide variety of exciting music. Uppingham Parish Church Choir helps him keep his musical wits sharpened. 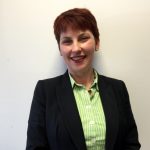 Claire has sung with Leicestershire Chorale for nearly twenty years, and has served on its committee in a number of roles.  As Vice President her role is to support the President with our work in seeking funding through grants and donations for our work supporting and developing the next generation of choral singers. Claire grew up in Leicestershire and is a product of the excellent youth music provision provided through the Leicestershire schools system in the 1980s. She is passionate about passing on the joy of choral singing, and offering opportunities to young people to experience the life-enhancing gift that is being in a really good choir.

Nicky read Music at Durham University, followed by a PGCE. During her time in Durham Nicky conducted the Chapel Choir of HildBede and managed the University Chamber Choir. This included masterminding a large-scale performance of Monteverdi’s Vespers in Durham Cathedral in conjunction with the University Chamber Orchestra and the Gentlemen of the Cathedral Choir. She also played principal oboe in both of the university orchestras and performed the Vaughan Williams Oboe Concerto with the Symphony Orchestra.

Since graduating Nicky has built a career in music education, and is currently Deputy Director of Music and Head of Academic Music at the Loughborough Schools Foundation. She is also a Lead Examiner for AQA, and acts as Reviser for the A-Level specification.

Nicky has continued to focus on her singing during this time, and is currently working with Catherine Griffiths. Nicky has been a member of Leicestershire Chorale since 2011, and Chair since 2017. Nicky is also a member of the Leicester Cathedral Chamber Choir, and sings regularly across Leicestershire as an ensemble singer and as a soloist.